When I was a teenager, I remember hearing a Southern gospel song that prominently featured the following line: “God said it, that settles it, & that’s good enough for me” (or something very similar to that).  At the time I was still very much enmeshed in the conservative Baptist culture in which I was raised, & yet even then I remember feeling there was something a bit unsettling about those lyrics.  As a budding adult who had always loved science, indeed all types of learning, I suppose it was the blind faith those words implied that scared me.  As I’ve grown up & moved away from that culture, I now look back on that song with true horror.  I have no idea who sung it or what it was called, but I’ve never forgotten those words, probably because they so perfectly sum up the way so many Americans still feel about religion, among other subjects. 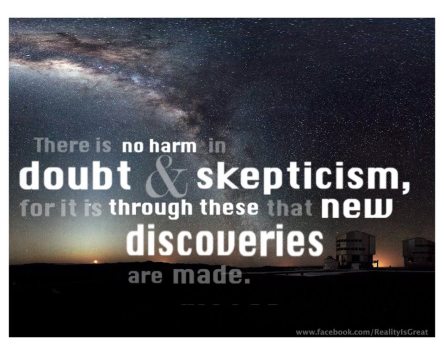 As I was telling a friend a few days ago, I think what separates me (& the friend to whom I was talking, as well as my husband) from a lot of people is the fact that there is nothing truly sacred to me in this world.  What I mean by that is that there is nothing that is beyond question.  From religion to politics, the government to the military, my career to my relationships, there is nothing in my mind that is not open to questioning & rational debate.  I believe this is one reason I feel such a disconnect with so many of my fellow Americans, particularly here in the South.  I also find that many people have the impression that those of us who are skeptics are cynical a$$holes who hate everyone & everything.  Please believe me when I say that could not be further from the truth.  Or actually, don’t just believe my words, let my actions show it to you (for those of you who know me in real life, that is).

As an aside, looking back on how I grew up, I find it really scary that church services never (or very, very rarely) featured a time for people to ask questions.  Instead we all sat there quietly in our pews (with the exception of a few hearty “Amens” scattered here & there) & listened to one man preach to us.  If that doesn’t sound like indoctrination & an imbalance of power, I don’t know what does.  I’ll never forget a particular sermon in which the pastor railed against a group of high school or college athletes who met President Bush & had the audacity to wear sandals to the event.  Even then, I remember thinking this couldn’t possibly be something Jesus would give two hoots about, but looking back I’m even more horrified, as this now strikes me as simply ludicrous.  Not to mention, I can’t help but question whether the pastor would have been nearly so perturbed if the president had happened to be from a party whose name started with a D! . . . Oh wait, there I go questioning things again. 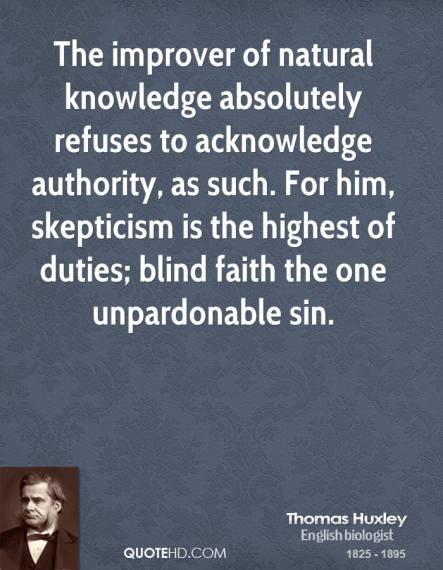 When it comes to politics, I find that many of my fellow Americans are afraid to question the current wars in the Middle East because doing so is “not supporting the troops.”  I for one fail to see how this is at all a logical argument.  Because I do value the lives of our troops so highly, I do not want to see them used as pawns in the hands of a corrupt government scheme to involve ourselves in the affairs of countries who want nothing to do with us, the end result of which is simply creating more & more people who hate America.  Seems to me like we our efforts are just backfiring tremendously. 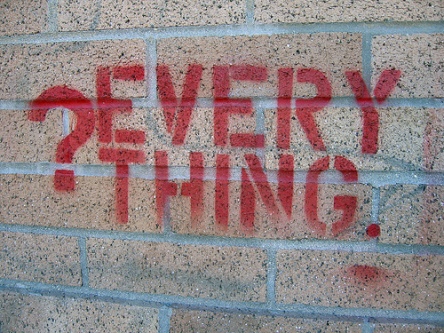 I could give dozens of more examples of how I feel so many people do not want to question the status quo, but I’m trying to be brief & concise & not stray too far from the subject at hand.  I also realize I am being sacrilegious & generally a bit of a heretic here, but I’m slowly getting to the point in my life where I’d rather be truly honest about my beliefs than just smile & nod to keep the peace.  I for one know I am going to raise my kids to be skeptics too.  Frankly I feel like I was a born skeptic; I just kept it under wraps for a while because I felt so guilty for being this way.  Now I realize what an incredible advantage it can be to be a skeptic in a world that is constantly trying to sell us something, from the latest new gadget to political schemes & religious fanaticism.  Indeed, when I have children someday, I intend to raise them to be eternal skeptics & to question everything.  Everything, that is, except my love for them.

P.S. To anyone who truly does think my skepticism makes me a deluded heretic, feel free to pray for me or whatever makes you feel better.  Just know that I’m happier & more at peace with life than I’ve ever been.  Cheers!