Since it’s the beginning of a new year, naturally I have been spending some time thinking about how to make this a happier, healthier year than the last.  It’s cliché of course, but it’s important to think about these things because positive change isn’t something that just happens.  It has to be deliberate.  After some consideration I’ve come up with what I believe are the ten most important things for living a healthier, happier life in 2014.  Since physical health is only one component of overall health, I’ve included measures regarding emotional and spiritual health as well.

The point is to make SMALL changes every day because if you try to drastically change your lifestyle you are almost certain to fail.  But if you take small steps every day, eventually you will be amazed to find that you have truly changed your life!  Indeed, this theory is true for so much more than just weight loss, so you can apply it to all kinds of goals you might have for 2014.  I can tell you from personal experience that this is how I gradually lost 15 lbs over the course of late 2012 into early 2013.  I was only trying to lose 10 lbs but by making small realistic changes every day, I ended up losing more weight than I even hoped to lose!  And I’ve consistently kept it all off, minus 2-3 lbs that I regained over the holidays, but I know I can lose that again quickly by making the same small changes for better health every day.

2. Find those people who you really love and hold them close.  Some of them might be hundreds or even thousands of miles away, but in today’s technology age that no longer means you can’t stay in regular contact (with some exceptions for the military or people in areas without consistent internet access, of course).  For example, one of my best friends is in England.  I have only met her once in real life and it wasn’t until a year or more after that that we actually became close.  But we have managed to BECOME and STAY close via Facebook chat & Skype, and I am now planning a trip to see her in England sometime this year.  As a nurse I am constantly reminded that what really matters in life more than anything is the relationships you build with your family and friends.  If there’s a relationship in your life that is broken or just isn’t as strong as you wish it was, make 2014 the year you try to repair and rebuild it.  Not every relationship can or even should be saved.  (For example a woman whose ex-husband beat her probably shouldn’t try to reignite that relationship in any way.  It just wouldn’t be safe.)  But if you have a relationship you think should be salvaged, don’t let pride stop you.  Stay in regular contact with those you love as much as you can, and never forego a chance to say “I love you.

3. Do something at work that scares you.  As a nurse for me this often means trying an IV on someone who seems to be an impossible stick.  If I didn’t try everyone I thought was going to be a hard stick I’d have started a LOT less IV’s than I have in my career.  In 2013 I also trained for and starting working as a charge nurse on my unit.  It was scary at first (and still is occasionally), but I’ve learned to really enjoy this new role because I see it as a way to help my fellow nurses.  So whatever it is at work that scares you, make a real effort to tackle that this year.  You might not succeed 100% at everything (I certainly don’t get every IV I try), but you will probably succeed more often than you think.  And your greatest confidence is built in doing those things you thought you couldn’t do.

4. Building on number three, don’t be afraid to speak your mind about things that really matter to you.  I started this blog as a way to share my ideas and observations about life, largely in an effort to clear my own mind but also to hopefully encourage and inspire others.  However, it has taken a lot of courage for me to write some of the things I’ve written, being unsure of what kind of reaction I might get even from those close to me.  For example my post The Purity Myth garnered a fair amount of disagreement and criticism (of the idea, not me personally) even from some people close to me.  That is totally fine of course because everyone is entitled to their own opinions, but writing that post was scary for me.  The ideas in it were so important to me but I knew they contradicted a lot of what my family believes, so it was difficult to share something that I knew many would not like.  But I did it anyway.  As it turns out The Purity Myth has been my most popular post to date (I guess sex really does sell, huh?  HA!), and no one has disowned me for having more “liberal” ideas.  I was also afraid to share a lot of my posts about anxiety, but those have all been fairly popular and I have received quite a few messages and comments from people (strangers & friends alike) thanking me for my honesty in writing about such issues.  Knowing that I have not only helped myself but also helped others through my writing is one of the greatest feelings I’ve ever known in life.  Yes, I may have offended a few people from time to time by speaking my mind about something (whether on this blog or in “real life”) but that is somewhat inevitable in life anyway.  What I’m slowly learning is that as long as you have a loving, compassionate attitude towards others that will come through to your audience no matter what your actual message is.  The greatest regrets in life are often of what is left unsaid rather than what is said anyway.

5. Listen to music that isn’t on pop radio.  I’m fully aware that I’m a bit of a music snob in some ways, but I’m a former band geek so I can’t help it.  But in all seriousness, do explore music beyond the Top 40.  There is so much more out there with so much more to say about life, love, and everything in between than Justin Beiber, Miley Cyrus, and One Direction.  If you don’t think you like country music, try Kacey Musgraves.  You might be pleasantly surprised.  If you don’t think you like rock, try Stone Sour, especially their latest two-part album The House of Gold and Bones.  Again I think you might be pleasantly surprised.  The point is music can be such a huge source of inspiration in life.  I know it is for me in too many ways to count.  So explore it.  Nowadays with YouTube, Pandora, Spotify, and iTunes we have greater instant access to every kind of music in the world than anyone ever has before, so take advantage of it. 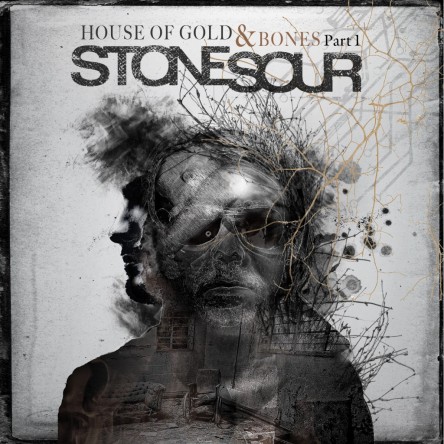 6. Do something for someone who can never repay you.  Whether it’s giving food to a homeless person or volunteering with disadvantaged children or something else entirely, just do it.  You will feel great and the world will be a better place because of it.

7. Don’t let strict gender roles define you.  But on the same token, if you find yourself fitting some gender role stereotypes, as long as you’re happy, don’t feel like you need to change things.  This is the 21st century.  If a man wants to be a stay-at-home dad, great.  But if you can’t imagine doing that as a man, that’s fine too.  If you have a master’s degree but want to be a stay-at-home mom, don’t let anyone tell you you’ve sold yourself short.  At the end of the day, you answer to yourself.  Don’t let other voices run your life when yours are the ones you have to sleep with at night.

9. Find what makes you tick in life.  In other words, the things you are really passionate about.  For me it’s music and writing.  For others it might be photography, dance, art, cooking, interior design, sports, or marketing.   Whatever it is, just find it and do it as much as you can.  Consider making a career out of your passions, but also remember that sometimes your passions can be just as therapeutic as hobbies.  The point is that you find out what they are and seek them out as much as you can.

10. As a follow up to number nine, remember that having fun and making good memories is what life is all about.  The world needs people who are passionate about life because these are the people who inspire others and inevitably make a positive difference wherever they go.  Try not to obsess over little things by asking yourself something like this: “In the course of a lifetime, what will this matter?”  It may sound morbid, but think about what will be important to you at the end of your life and remember that could be any time because none of us is promised tomorrow.  Make decisions and choices in life that align with your values, goals, and dreams.  Learn to cherish the little things because when you look back on your life you will find those were the things that mattered the most.  Take time to smell the roses, to cherish a beautiful sunset, to listen to the sound of the waves on the seashore, and to share it all with those you love.

I wrote this as much to myself as to anyone, but I hope this was of some inspiration to you as readers as well.  I hope 2014 will be a great year for all of us.  Just remember, life is what you make it.  No excuses, no exceptions.  This is both terrifying and exciting, but don’t let the fear of striking out keep you out of the game.