The #metoo movement.  It’s everywhere these days.  And in some ways for good reason.  But I swear I can’t be the only one who has very mixed feelings about this whole phenomenon.  On the one hand I’m glad creeps like Harvey Weinstein are being exposed.  On the other hand, part of me is worried that this is turning into a witch hunt in which every woman who accuses a man of sexual impropriety is immediately believed & the man is immediately condemned with no evidence required whatsoever.  Now I understand that for many, many years it was quite the opposite but that doesn’t excuse throwing away all sense of logic & just believing every accusation we hear while dispensing with any sense of due process. 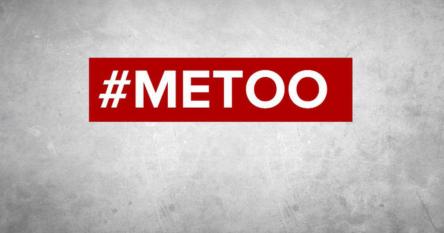 Also, I have not been raped so I cannot propose to suggest how a rape victim (male or female) “should” behave after such a horrifying event.  But what I can say is that, like most other women, I have experienced a certain amount of sexual harassment in my life.  Just for context I will explain a bit of what I’ve experienced & how I handled it.

When I was in college I worked at a restaurant where I had a manager who had a tendency to make sexualized remarks/jokes.  I was very uncomfortable around him, especially after a fellow server told me this manager had been making sexual remarks about me behind my back.  Later that night this man had the gall to make such a joke to my face.  I immediately responded by telling him he could not talk to me like that.  I told him “This is my job & I expect to be respected, especially by someone who is a manager.”   I walked out of that building terrified that he was going to find some reason to get me fired.  But you know what actually happened?  One of the other managers spoke to me about it (because he apparently reported to her than an “incident” had happened) & I explained how uncomfortable he had made me.  She told me she had spoken to him about the behavior & how it was unacceptable.  From that day forward I had zero problems with this guy.  He actually made an effort to be nice to me & I was actually disappointed when he left to go to another restaurant several months later. 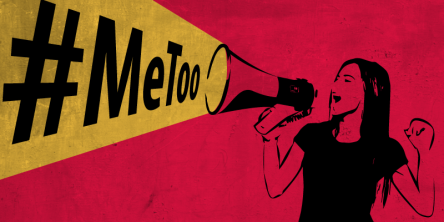 Now I’m not excusing his initial behavior.  But I’m showcasing how my response shut it down immediately & how we were able to work past this incident to still work together.  I understand not every case is going to end like this.  But my point is that, especially as women, the behavior we tolerate is the behavior we’re going to get.  So if you don’t like how you’re being treated, SAY something, DO something!  Don’t just smile & nod & hope it gets better. 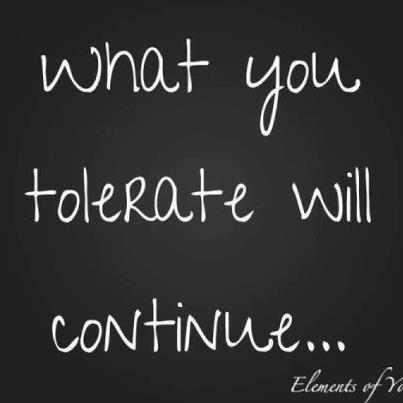 The other incident of sexual harassment I’d like to share was actually much more hideous.  A former employer of mine, whom I had greatly admired & trusted, started sending me texts asking for sex & offering to buy me liquor & meet me at a hotel.  Now this man was married & over twice my age!  I was horrified.  Absolutely horrified- perhaps even moreso because I knew his wife & mother.  It was a very precarious situation too because I had been hoping to receive a letter of recommendation from him.  But I also knew that I couldn’t mess around with this kind of thing.  There was no way in hell I was meeting him at a hotel.  So I immediately shut him down & told him what amounted to a big, fat “hell no.”  And then I erased his number from my phone.  As it turned out, a few months later I found out that this man actually had a history of questionable sexual behavior, & several years down the road I found out he had been formally accused of sexual harassment by another employee.

The point of all this is: yes, sexual harassment happens to most women, even when we are in no way asking for it.  And it SUCKS.  But a lot of times we have the power to stop it.  Or at least escape it.  I’m not excusing the behavior; it’s totally wrong.  But it is NOT the same thing as sexual assault or rape.  Yet what I’m starting to notice is that a lot of women are conflating sexual harassment with rape.  Or worse yet their own sexual regret with rape. 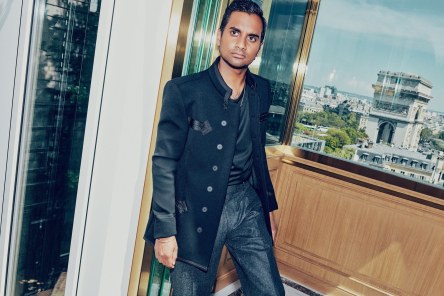 The case that particularly brings this to light is the case of Aziz Ansari.  If you’re not familiar with him, he’s a comedian who prides himself on being a feminist.  BUT he’s now being accused of sexual assault by a woman he took on a date a year ago.  The trouble is this: I’ve read through the woman’s statement on their encounter & while I find Ansari’s behavior revolting in many ways, what I’m reading in no way sounds like true sexual assault- certainly not rape.  There are so many instances where the accuser relates being uncomfortable, yet she admits that she did not speak up about how she was feeling.  For example, she was uncomfortable with how quickly Ansari wanted to leave the restaurant, yet she didn’t ask to stay longer & still willingly went back to his apartment.  The woman admits “Most of my discomfort was expressed in me pulling away and mumbling. I know that my hand stopped moving at some points.”  At no point does she relate that he was physically forcing her to engage in any sort of sex.  Nor does she state that she ever unequivocally said “no” or “stop” or anything of the sort.  Once again, I’m not saying Ansari shouldn’t have read her physical cues that she wasn’t interested.  He clearly should have.  But what I’m getting out of this story is that the woman didn’t have the strength to say no (for whatever reason) & is now trying to cry foul to make up for her own sexual regret.  Sexual regret ≠ rape!  It just doesn’t!  Am I crazy for thinking that?  Am I victim-blaming?  I honestly don’t think so but I’m sure I will be accused of it before long.  (Even the New York Times is standing up for Aziz Ansari, so that ought to tell you something about how stupid this situation is!) 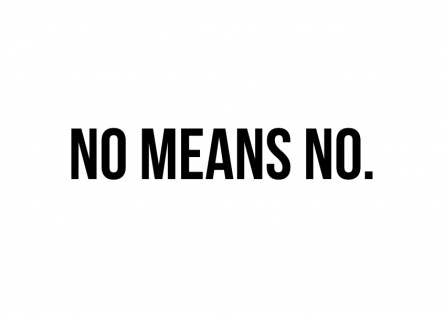 No means no, but we do actually need to SAY it!

When it comes to the cases against Harvey Weinstein, some of them are pretty clearly rape.  But I still have to ask myself why any woman in her right mind would agree to hold a “business” meeting with a man she doesn’t know (or barely knows) in a hotel room.  And worse yet, when he answered the door in a bathrobe, I’m legitimately confused as to why these women didn’t just walk away.  I really don’t see how that wasn’t a huge red flag!  I cannot help but wonder if some of these women begrudgingly went along with sex with him because they thought it would help their careers.  I mean, these women cannot have been so naive as to not know that the term casting couch exists for a reason!  Again that does NOT make the concept ok.  But the fact of the matter is if a woman consents to sex in order to try to advance her career (or any other reason), that is NOT rape.  Is it unethical & gross?  Sure.  But it’s NOT rape.  Again, if Weinstein truly forced these women into it, then, yes, it was rape.  But the sad truth is if they aren’t reporting it until now there isn’t much that can be done about it.  Any physical evidence is long gone.

I can certainly understand why women don’t always report sexual assault & rape, particularly if the perpetrator is someone in power.  But the problem is that if women don’t report these crimes, the men are still out there, free to terrorize other women.  Plus, if we women don’t stand up for ourselves, who will?  Furthermore, if we wait 5, 10, or 20 years or more to call out the men who’ve abused us, how can we expect real justice?  It’s not like there is going to be any real evidence left at that point.  And as much as it sucks, rape is a serious charge & a man SHOULDN’T be sent to prison for such a crime if the only evidence against him is a woman’s word.  There is simply too much room for error with that.   (E.g. Duke lacrosse case, the erroneous Rolling Stones article about the rape at UVA, Jemma Beale, etc.)

What it boils down to is this: I believe women are the intellectual equals of men.  We are obviously not physically equal in the sense that we ARE different & that the vast majority of men are physically stronger than women.  That’s just biology.  But when it comes to making our own decisions- having our own agency, so to speak- I believe women are every bit as capable & responsible as men.  We are 100% capable of saying what we want, how, & when.  And of walking away when a situation makes us uncomfortable.  If we choose to get drunk with someone, knowing we might agree to have sex with them while inebriated, even if we wouldn’t while sober, that’s our choice.  And we need to live with the consequences because we are adults & that’s what adults do.  Now if someone spikes our drink, that’s a whole other story, obviously . . . But if we agree to have sex with someone, for whatever reason, & then regret it later, that isn’t rape.  That’s just poor decision making, plain & simple.

Thoughts?  Please share!  I’d love to hear from you.