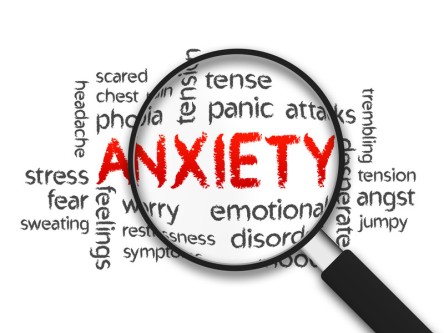 Last week I had my monthly session with my therapist & I told her how that week I’d had my first real anxiety attack in at least a month or more.  It happened on Monday afternoon of last week when I was just feeling overwhelmed with my busy schedule, working overtime, lack of sleep, etc.  Thankfully with some encouragement from a dear friend of mine, diffusing & applying several essential oils, & some deep-breathing exercises I was able to quickly move past the anxiety attack & get on with my busy day.  It felt like such a big step for me to be able to tell my therapist that not only was that my first real anxiety attack in a long time but, perhaps more importantly, I didn’t allow the attack to ruin my entire day or week.  Instead of feeling defeated & discouraged & beating myself up over having a “bad day” I just rejoiced in the fact that I was able to recover so quickly & move on with my life.  You have to understand that ordinarily when I have high anxiety days or anxiety attacks for whatever reason (often there really is no reason) I not only have to cope with the anxiety itself but also with guilt over suffering from anxiety problems.  This guilt of course only serves to compound the problem.

I grew up with the idea that certain emotions in & of themselves are sinful.  I’m not sure exactly where I got this idea but it was just there.  Add that to the perfectionistic, high-anxiety personality I was somehow born with & you’ve got a pretty difficult situation.  For the first 18 or so years of my life, whether I wanted to or not, I believed that “negative” emotions such as anger, fear, hate, frustration, sadness, etc were sins.  Naturally this created a horrible cycle in which I felt guilty for experiencing these types of emotions & then the guilt just triggered more sadness, anger, whatever & the cycle continued.  What a mess!

The older I’ve gotten the more clear it’s become to me that no emotions are ever sins in & of themselves.  Feelings are feelings, nothing more, nothing less.  They are what make us ALIVE.  They are what make us human beings.  For example, it is only human nature to be angry at times, even to the point of wanting to hurt someone or something.  It is what we DO with our emotions that matters.  For example, when we strike out in anger at someone, whether verbally or physically, that is when we cross into sinful territory.  Allowing so-called negative emotions to overcome us to the point of being permanently bitter is also perhaps sinful.  But again it is not the feelings themselves that are the problem; it is the actions that spring out of them.  And I for one believe that, though fallible, we as humans have the power to control our emotions.  We might not be able to stop ourselves from feeling angry or frustrated over certain things.  Nor should that even be the goal.  But we DO have the power to stop those emotions from ruling us & causing us to act out in ways that hurt ourselves or other people.  To me that is the definition of sin (I hate that word but can’t think of anything better at the moment): something that hurts yourself or someone else.  I know that is kind of vague but the world is vague.  We only try to paint life in black & white because of how confusing it can be, to try to make sense of a world that is often unfair & cold.  But we do ourselves a disservice by trying to understand a very grey world in only two very extreme colors.  There is so much more to life than that.

I still struggle with anxiety.  But it’s not something that defines me anymore.  And I still struggle with not feeling guilty over having anxiety or experiencing other “negative” emotions.  But the greatest freedom I’ve found in life is when I let go of the guilt & just allow myself to feel whatever it is I’m feeling at that moment.  I have found that these so-called negative emotions leave a lot faster when I just admit what I’m feeling instead of trying to force myself to feel some other way out of guilt.  I don’t know if anyone else struggles with this or if it’s just me.  But I don’t think I’m that unique so I’m sure there are others out there fighting this battle too.  And I hope that if you’re one of those people & you’re reading this that you will be encouraged to move past the guilt & to learn to just enjoy being alive.  We all have our inner battles & we all have bad days because of them.  But as long as we don’t allow those days to define us we are winning.

P.S. Whether you struggle with any particular mental illness or not, I strongly encourage everyone to consider seeing a counselor or therapist at least once in your life.  As a friend of mine once told me, we can all benefit from having someone to vent to who isn’t emotionally attached to us because no matter how “perfect” our lives may be, we all have issues we could benefit from discussing with an impartial mind.