Well, it’s been forever since I blogged.  Life has been a bit of a blur lately.  I truly do not know how moms who work full time survive.  I feel like I’m running ragged a lot of the time & I only work two days a week.  Then again, being a stay at home mom is in some ways the hardest job I’ve ever had, so maybe it all evens out in the end.

Anyway, this past week was one of the hardest weeks I’ve experienced since becoming a mom.  I gave Rachel cheese twice last weekend & discovered the hard way that she is most likely not yet over her dairy intolerance.  Thankfully she can handle me eating dairy now (mainly just cheese & butter as I’ve found I actually prefer soy milk & soy yogurt).  In addition to that her acid reflux seems to have made a comeback- AND she got two new teeth.  Needless to say the poor girl was downright miserable!  I ended up taking her to the doctor last Monday & we have restarted her Zantac which thankfully is really helping.  The doctor also told me to bump up her ibuprofen dose due to her weight, & that too has helped tremendously.

Anyhow, with everything going on with her, Rachel became extremely clingy last week, moreso even than when she was a newborn.  I could not get her to nap anywhere other than in my arms & the second I put her down she would explode in tears & screaming fits.  I felt so bad for her but I was also losing my mind.  Part of being an introvert is that I get touched out really easily.  This was never really a problem before Rachel was born, but it’s something I knew would be a struggle for me as a mom.  And last week I just reached a breaking point.

I have said for months I would never do cry it out (CIO) but after four days of her napping nowhere other than my arms (or a few minutes in the car) I just couldn’t take it anymore.  I talked to several friends whom I really respect as moms & they all told me that there were times when they let their babies CIO for various reasons.  I finally came to a place where I knew that my mental health was being negatively affected by not trying CIO- & that was negatively affecting my ability to be a loving, nurturing mother.  Furthermore, I realized that as long as I could be sure that Rachel wasn’t hungry, wet/dirty, or in serious pain, it wouldn’t truly hurt her to let her cry for a few minutes, especially if it was for the sake of allowing me some precious alone time to mentally recharge.  Additionally I know that Rachel naps great for the babysitter when I work, & she obviously isn’t napping in her arms every time.  There have been a few “speed bumps” but for the most part every time I’ve tried CIO Rachel has only cried for a maximum of about five minutes before falling asleep, usually only two or three minutes.  And she is napping longer than she did in my arms because she’s achieving a deeper sleep!  I am still happy to let her fall asleep in my arms at bedtime because I do love the cuddles (& she’ll actually stay asleep when I put her down at night- I guess because she’s tired enough by then), but I truly do need her naptime to have some alone time to mentally recharge & keep myself sane. 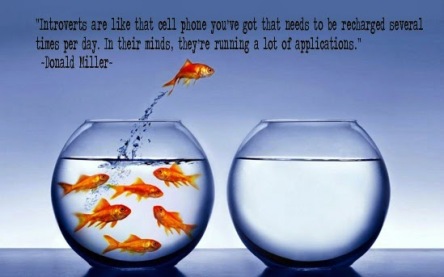 To be clear, prior to last week I never felt I needed to do any sort of real sleep training with Rachel because she has for the most part always been a good sleeper.  We have a great routine for bedtime & other than when she’s teething she has never fought naps too hard (with the notable exception of four months when she was just grumpy a lot, but back then she would fall asleep while I wore her in the carrier & she’d actually stay asleep when I put her down in the crib).  I certainly don’t think every parent should try CIO, & that’s not even really what this post is about.

What I’m really trying to say is that as moms we should probably never say never because we’ll inevitably eat those words someday.  And more importantly, we as moms have to advocate for our own mental health.  Sometimes that means doing things we’d ideally rather not do.  For some moms this means giving up breastfeeding, while for some of us it means trying CIO when we would much rather not.  For some it may mean going back to work part or full time despite having planned to be a SAHM.  I have great respect for moms who don’t get touched out as easily as I do.  Trust me, many times I wish I were one of them!  But at the end of the day I’m a saner mom if I don’t let Rachel sleep on me constantly.  And a saner mom is ALWAYS a better mom who is more capable of providing the loving, nurturing care that her child needs.  And at the end of the day, that is all that really matters.

I can’t end this post without saying thank you to all the moms who have supported & encouraged me from day one, especially those who messaged me last week when I was truly struggling.  Y’all are the best.  I really does take a village!