As you’ve probably already heard, as it’s rightfully been all over the news & social media, there were 66 people shot in Chicago this past weekend, 12 of whom died.  These numbers are absolutely astounding on the face of it & yet for Chicago it’s really NOT all that shocking.  After all, the city has had some of the highest rates of violent crime, including murder, for years now- despite some of the strictest gun laws in the nation.  It’s almost like those laws don’t actually work… Hmmm…

Anyway, this whole situation is obviously incredibly sad & says a lot of negative things about our society.  However, what continues to amaze me is that so many people are looking to the government for a solution when the real answer lies within our own power.  The biggest problem our society faces today is that entirely too many people believe government, specifically more rules & regulations, is the answer to all of our problems.  In reality, quite the opposite is usually true.  For decades now we’ve been handing over more & more of our freedoms to supposedly increase our safety- & yet we  are having more & more mass shootings & most of us would probably say we feel less safe now than we did in the past!  Hmm…. 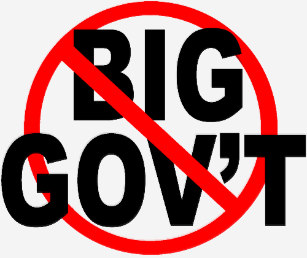 I could go on & on for quite a while but for the sake of brevity (since Rachel may well wake up from her nap soon), I’ll go for short & sweet today.  The answer to all of society’s ills, from poverty to single motherhood to drugs to gangs to violent crime, is simple.  The answer is we need to focus on building strong families.  The evidence is there, folks.  Time & time again we can see that regardless of race or economic status children raised in stable, loving families fair the best in all regards.  They are more likely to succeed academically & less likely to get involved in drugs or other criminal activities.  The list goes on & on.  The answer to reducing violent crime & drug use & poverty & all these issues our society faces today is not more government.  It’s not more laws & regulations.  You can not legislate out issues as complex as poverty & racial disparities.  These things can only be addressed by building strong families.

I realize I am sounding far more conservative here than I actually am.  Unlike many who would agree with me on everything I’ve said thus far, I actually don’t have a problem with families not being the traditional nuclear family.  For example, I think it’s perfectly fine for stable homosexual couples to raise children.  The point is that children need to be raised in loving families who love them, discipline them, & raise them to be kind & productive members of society.  We have to stop expecting the schools to raise our children.  We have to stop expecting everyone else to take responsibility for our lives & our children’s lives.  It doesn’t work that way.  Until we start taking back that responsibility we will not see the positive changes in society that we would like to see.  Families are the most basic building block of society & until we focus on fixing that, everything else is do is in vain.  It’s really that simple.