So last night I dreamt that my husband & I adopted 4 huskies, 2 German shepherds, 1 blue heeler, & 1 other dog of ambiguous breed which, in addition to Chaucer (our real-life corgi), made for a total of 9 dogs.  Not very realistic for sure, but at least it was a fun dream!

Anyway, the dream got me to thinking that it would be fun to write a blog post about my favorite dog breeds, each of which I hope to have at some point in my life.

I should preface this post with the fact that I actually grew up scared of or at least anxious around most dogs. I think this stems largely from the usual fear of the unknown because no one in my close family owned a dog when I was a kid.  My parents have never been “dog people,” & neither were my dad’s parents or most of his siblings.  My mom’s parents have always had a dog, but they were always outdoor dogs so I never really interacted with them much. 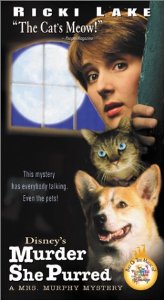 Anyhow, when I was probably 12 ish I saw a movie called Murder She Purred which starred Ricki Lake as well as a corgi named Tucker.  Even then, when I was still nervous around dogs, I knew that one day I was going to own a corgi.  I just immediately fell in love with their adorable stubby legs, fluffy butts, & playful personalities.  Sure enough, just two weeks after we bought our house almost three years ago, my husband & I brought home our very own corgi puppy whom we named Chaucer, & we’ve been in love with him ever since.  He’s lying at/on my feet as I type this, & I wouldn’t have it any other way!  As it turns out, over the past three years I’ve come to love all dogs, & I have to resist the urge to hug & kiss every dog I meet.  For real.  Dogs are just such sweet, loving creatures, & I can’t wait to raise my future children with Chaucer & probably several other dogs some day.

Duh!  I think that kind of goes without saying at this point. They’re fluffy, they’re sweet, they’re playful, they’re extremely smart & easy to train, & they’re just the right size.  What’s not to love?!  Oh yeah, they shed like mad . . . But you can hardly be upset by that what with all their other adorable traits. 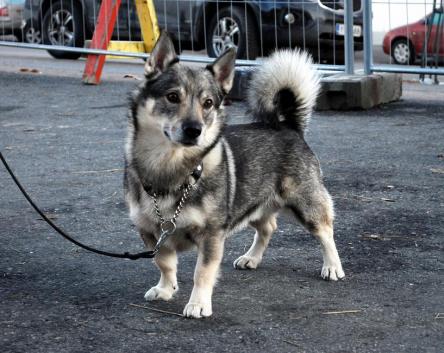 Ok, to be fair, I’ve never actually met one of these dogs, but they aren’t exactly common in the US just yet.  However, from everything I’ve read about them they really do have similar personalities to corgis which isn’t surprising considering both breeds are herding dogs.  And, yes, in case you’re wondering, this is the dog from the Facebook meme about “wolf corgis.”  What’s really exciting is that there is a very reputable farm in Eastern NC that breeds both corgis & Swedish vallhunds, so if/when my husband & I decide we really do want to meet & perhaps acquire one of these adorable dogs, we won’t have far to travel. Yay!

Surprise, surprise, the next dog on my list is also a fluffy herding dog!  I have a particular affinity for this type of dog for one reason or another it seems.  Anyway, one of my friends from college owns one of these dogs, & I’ve been in love with them ever since I first started seeing his pictures of the dog on Facebook a few years ago.  I literally squealed in excitement when we ran into a sheltie while walking around the Boston Commons during our trip to Boston for my college roommate’s wedding last Fall.  Thankfully the owner was friendly & didn’t mind me petting & fawning all over his dog.  Again, these dogs are described as having similar personalities to corgis, & from what I’ve observed that appears to be very true.  Can I have one now, please?! 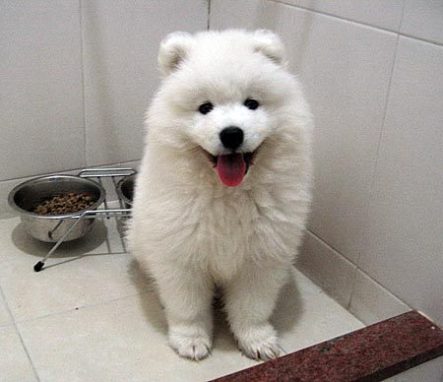 The samoyed, sometimes referred to as the “smiling sammy,” is a yet another fluffy herding dog.  These guys originated in Siberia helping to herd reindeer & pull sleds.  Basically they are medium-sized balls of white fluff that kind of look like a dog version of a polar bear, plus they’re renowned for being good with children.  What’s not to love?!  There is a samoyed in one of the neighborhoods that adjoins ours, & every once in a while I am lucky enough to catch him on his walk.  The only downside I see to these dogs is I worry that they might get overheated a bit easily in the NC climate, seeing as their origins are in Siberia. 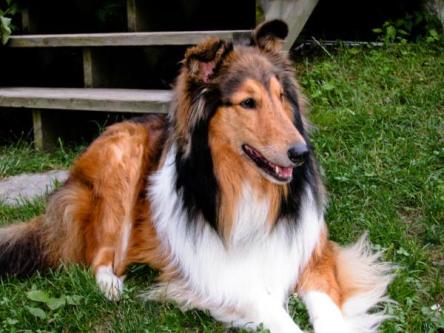 I know they look a lot like a bigger version of a sheltie, but collies are actually an entirely separate breed.  Once again this is a fluffy herding dog that is renowned for being great with kids.  The only downside I see to collies is that their beautiful coats do require a bit more maintenance than a corgi or a vallhund.  But I think their adorable personalities would be more than worth it.  However, I know collies require a lot of exercise & thus need a lot of room to run around, so I don’t plan to actually have one until we own considerably more land than we do now.

Well, I guess in summary all my favorite dogs are fluffy herding breeds. What can I say?  They’re all intelligent, friendly breeds that also happen to be adorable.

What are your favorite breeds & why?