(http://satinsheetdiva.wordpress.com/2015/01/05/things-i-left-in-2014/) by a fellow blogger regarding the things she wants to leave in 2014.  In other words it’s kind of an inverted way of doing new year’s resolutions.  Instead of saying these are the things I want to accomplish this year, it’s saying these are the things I’m going to stop doing or abandon this year.  For some reason, this really spoke to me so I’ve decided to make my own list of things I want to abandon in 2015.  Here goes!

1. Focusing on my weight as a pure number.  I’ve got to make my heart realize what my head already knows: numbers don’t matter; how I look & feel does.  If I like what I see in the mirror, my husband finds me as attractive as ever, I’m healthy, & my clothes fit, there is no logical reason why I should care what number is on the scale.  (And all of those things are true, by the way, so really I have nothing to worry about.)  I’ve been telling myself this for years but it’s never fully sunk into my psyche.  This is the year to let it sink in for good.

2. Beating myself up for not particularly liking young children.  I’m slowly starting to realize that there are other women out there who aren’t super fond of babies & toddlers either . . . & many of them have still made great moms.  My tolerance for young children has actually grown in the past few years so while I still cringe at the thought of having a baby completely dependent on me, I’m slowly starting to realize that that stage won’t last forever anyway & “mommy brain” will kick in & get me through it . . . someday. 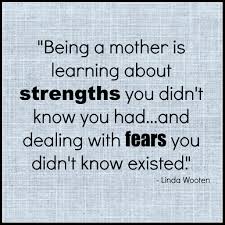 3. Eating out entirely too much.  Ok, let’s be real: I love to eat.  I am very suspicious of anyone who doesn’t.  There has got to something majorly wrong with anyone who doesn’t enjoy eating.  Anyhow, possibly because I rarely ever ate out as a child/teen, I have somewhat of an addiction to eating out now.  It’s not something I do every day, I never go anywhere expensive, & quite often I order relatively healthy things (relatively being the key word here).  But nonetheless it’s something on which I know I waste too much money that would be better put into savings.  And it’s not exactly healthy either.  Part of me thinks it’s justified because once I have kids I won’t have the freedom or the energy to go out to eat much, but the more logical part of me knows that’s just a lazy excuse.  Last year I swore to myself I’d do better about this . . . and I probably did worse than ever.  So this year I’m forcing myself to do meal planning each week (nothing formal, just planning it out in my head & making sure I have all the necessary ingredients) & spending Sunday cooking several dishes that will last me throughout the week.  I know I’m a lot less likely to cave to the desire to go out for a meal when I already have good meals prepared at home.  So far this year I’ve made curry pork chops, a delicious curry chicken & apple soup, Tandoori cod & curry lima beans with Tikka Masala sauce, & my coconut curry chicken with mashed potatoes (yes, almost everything I make involves curry). 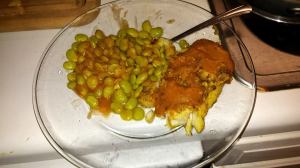 4. Comparing myself to others.  To be perfectly honest, I know that as long as I’m alive I will be guilty of this to some extent, & I also know that I’ve gotten a lot better about this over the past few years.  But I still have a lot of room for improvement.  The fact of the matter is I will never weigh 130 lbs (at 5’6″ & with my bones/muscles that’s not even realistic anyway).  I will never have an immaculately clean or perfectly decorated house.  I will never be the perfect housewife who loves to bake & never leaves clothes in the dryer or dirty dishes in the sink.  I will never enjoy getting drunk & going to clubs & generally living the “party girl” lifestyle that is supposedly “normal” for my age.  And, short of porcelain veneers that I will probably never be able to afford, I will never have perfectly white teeth.  But none of that stuff matters because none of it is a true source of happiness or contentment for me anyway (if it is for someone else, that is perfectly fine of course).

5. Worrying about what others think of me.  As above, I know that as long as I’m alive I’m going to care at least a little about what others think of me.  That’s just part of being human.  However, this year I’ve got to stop allowing other people’s opinions (or what I assume their opinions will be) to stop me from being honest about who I am or what I believe.  To that aim, let me just state a few things I believe that I sometimes keep to myself for fear or how others will react:  I support gay marriage.  I support the trans-gender movement.  I don’t think abortion is a good thing but I do think it should be legal.  I think our country spends way too much time & money on ill-advised overseas missions that are doing absolutely nothing to contribute to our country’s safety or overall well-being.  I support the legalization of marijuana.  I am a Humanist.  I am a Libertarian.

I sincerely hope this post doesn’t turn into a long debate over any of the above issues because that is far from the point of this post.  But I’m also tired of keeping some of my opinions to myself just to appease others.  At the end of the day, I know I need to have faith in my friends & family & trust that they won’t abandon me or treat me like an infidel just because we have different beliefs about some things.

How about you, reader?  What do you want to leave behind this year?