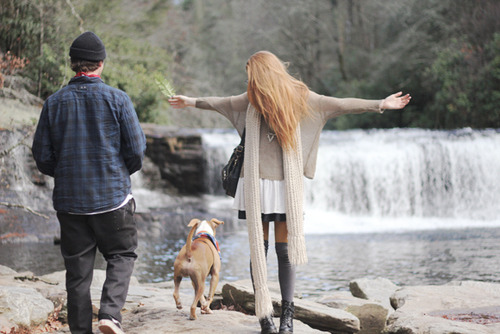 Thank you, James M. Sama, for reading my mind once again when you wrote this post. I could not possibly agree more with every word of this article. And you even quoted my favorite line from one of my all-time favorite books . . . Seriously, everyone needs to read this article & take it to heart.

Many people read through my articles or see what I post on Facebook or Twitter and tell me that they wish their relationship could be “like that.” They tell me the expectations I set for individuals and couples are unrealistic. That nobody is really that happy. That romance and chivalry are just…dead.

To all of you, absorb this: You have the power to do better. 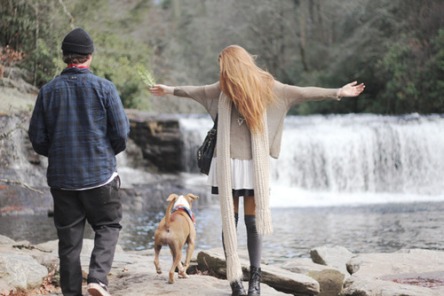 Are you not happy with the person you’re with? Walk away.

Do they mistreat you or act in ways that are unacceptable? Communicate your concerns to them, and if they don’t change, walk away.

Are they physically or emotionally abusive in any way? Run away. Now.

I understand that it’s…

Last night I came across a Buzzfeed post entitled “23 Books You Didn’t Read in High School But Actually Should” (http://www.buzzfeed.com/spenceralthouse/23-books-you-didnt-read-in-high-school-but-actually-should).  I was surprised to discover that I had actually read eleven of those books in high school, including several that I read on my own time as a teen.  This post made me think, as I have many times before, about how much different the reading curriculum would be if I had the power to choose which books would be required reading in high school.  It’s not that I think a lot of the classics are stupid or boring.  It’s just that many of them are not very engaging to the average teenager.  In another life, I think I could have been a great English teacher because I would choose books to which students could actually relate.  It’s not that The Scarlet Letter or Shakespeare’s plays are poorly written or out of date.  Indeed they do have timeless messages.  However, if you want more than a handful of your students to get anything out of the work you assign, I think it would be wise to choose something a bit more modern.  There’s nothing wrong with reading some older material, but why should EVERYTHING we read in English class all the way through high school have to be fifty years old at the bare minimum?  That’s ridiculous.  If I could choose four books that all high school students had to read, these are the books I would choose (in no particular order): 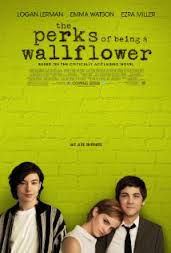 The Perks of Being a Wallflower by Stephen Chbosky: This is one of those books I really wish I’d read when I was actually in high school instead of waiting till I was 24 to discover it.  This is a book that certain parents perennially try to ban from libraries, probably because it dares to explore such “dangerous” issues as teenage drinking, drug use, & sex.  It also dabbles in race relations, mental illness, sexual abuse, & homophobia.  And yet anyone who tries to call it immoral is clearly missing the entire point of the book.  There are so many memorable lines in this book, so many great life lessons for all of us & especially for teenagers, but I believe the greatest line & the greatest lesson of the book is this: “We accept the love we think we deserve.”  That line explains so much of what happens in the book & so much of what happens in real life (for example, why nice girls stay with lame boyfriends who treat them like crap).  Additionally, I am very relieved to say that the recent Hollywood film adaptation stays very true to the book.  In fact I actually saw the movie first, then bought the book shortly thereafter.  I loved the book so much that as soon as I finished reading it (which only took me two days at most), I started back at the beginning & read it straight through again.

A Year and a Day by Leslie Pietrzyk: I found this book at a used book store in Blacksburg just a few days before we moved to Raleigh in July of 2012.  I’m not sure what about it intrigued me, but I am so glad I got it.  Published in 2004, this is the story of a fifteen year-old girl & her slightly older brother whose mother commits suicide.  It’s set in the 1970’s in a small town in Iowa, but the story is so timeless that teenagers from NYC in 2014, both girls & guys, could surely relate to it.  That’s what makes it so beautiful & absolutely perfect for high school reading.  From the meaning of life & death to falling in love to religion to teenage pregnancy to realizing that your parents have lives outside of just being your parents to understanding that there’s no one set path for everyone in life, this book covers it all.  And in beautiful prose to boot!  This is a book I have already read twice and will probably continue to read over & over again throughout my life.  I’m convinced that teenagers need books that don’t skirt around the difficult questions & issues of life but instead tackle them head-on.  A Year and a Day does just that.  Here are some of my favorite lines from this one: 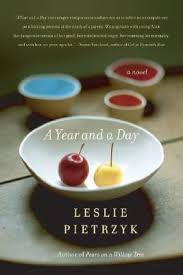 “But some things were hard to say- which must be why people chose silence, not understanding that silence turned out to be harder in the end.”

“But reasons-why aren’t the answer to why.”

“That is the human quest: to seek knowledge, discover answers- and within the framework of those answers, ask bold new questions.”

“People believe what’s easiest to believe.  That’s always how it is.”

Walk Two Moons by Sharon Creech: My sister read this book in fifth grade or something like that & being the obnoxious younger child, I naturally had to follow suit & read it too.  In any case this book is probably more appropriate for middle school than high school.  Yet it’s such a fabulous story with timeless life lessons that even adults can enjoy it.  I remember being so fascinated by it as a kid (probably 11-12 years old?) that I read the whole thing, all 300 pages, in one weekend.  This is a story that deals once again with the death of a parent & the profound effects that has on a child.  It is a book that is both tragic & hilarious.  I defy anyone to read this one without crying both tears of joy & tears of sorrow.  One of the greatest lessons in this book can be summed up below: 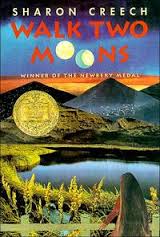 “It seems to me that we can’t explain all the truly awful things in the world like war and murder and brain tumors, and we can’t fix these things, so we look at the frightening things that are closer to us and we magnify them until they burst open.  Inside is something that we can manage, something that isn’t as awful as it had at first seemed.  It is a relief to discover that although there might be axe murderers and kidnappers in the world, most people seem a lot like us: sometimes afraid and sometimes brave, sometimes cruel and sometimes kind.”

The only truly classic novel on this list is The Catcher in the Rye by J.D. Salinger.  I read this book on my own time in 10th grade because I’d heard a lot about it, knew it was often on lists of banned books, & basically wanted to find out what all the fuss was about.  Like so many other teenagers over the past few decades, I loved it.  I got to the end & honestly couldn’t tell you what it was really ABOUT & yet I loved it just the same.  What I realize now as an adult is that this is one of those stories in which plot is not nearly so important as are character development & general observations of life.  It’s a book that invites you to read it again & again, each time discovering something new.  I think the reason this book has always resounded so much with teenagers is that the narrator of the book perfectly embodies the angst of adolescence, the frustration one feels at being no longer a child but not yet truly an adult, the loss of innocence & the ability to see how “phony” (one of Holden Caulfield’s favorite words) so much of adult life can be.  While making a lot of profound observations about life, Salinger also manages to be really quite hilarious at times.  This is one classic that truly deserves to be a classic.  Here are some of my favorite lines from this one: 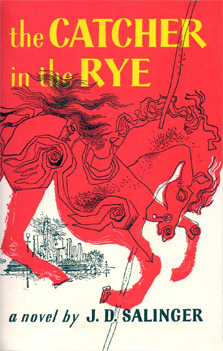 “Among other things, you’ll find that you’re not the first person who was ever confused and frightened and even sickened by human behavior. You’re by no means alone on that score, you’ll be excited and stimulated to know. Many, many men have been just as troubled morally and spiritually as you are right now. Happily, some of them kept records of their troubles. You’ll learn from them—if you want to. Just as someday, if you have something to offer, someone will learn something from you. It’s a beautiful reciprocal arrangement. And it isn’t education. It’s history. It’s poetry.”

“People coming and putting a bunch of flowers on your stomach on Sunday, and all that crap. Who wants flowers when you’re dead? Nobody.”

What you might have noticed about each of the novels I chose on this list is that each one offers a lot of great life lessons as well as a great coming-of-age story.  And they’re all modern enough to feel relevant to teenagers today.  While all of these books do provide life lessons, none of them is actually moralistic.  Indeed these are the kinds of books that ask as many questions as they answer & probably more.  They are the kind of books that acknowledge the uncertainty & suffering that life entails.  They don’t skirt around the hard stuff & that’s what in my mind makes them so perfect for high school reading.

Regardless of your age, if you’re reading this blog & there are books on this list that you haven’t read I highly recommend you find them at your local library, used book store (my personal favorite), or Barnes & Noble (or Amazon of course!).  Furthermore, I’d love to hear your ideas about what ought to be required high school reading & why.