For almost as long as I can remember I’ve had a special fascination with India.  I’m not sure how it started, but I do remember reading a lot of books about other countries & cultures, including India, as a child.  (Yes, I was & still am a real nerd.)  In fact, as I may have mentioned on this blog before, I remember determining as a kid that I was going to marry an Indian man when I grew up.  This is pretty hilarious considering I grew up in a town with maybe one, and I do mean one, Indian family.  (As it turns out I married a white man, just for the record.)  Anyway, three years ago when I graduated from nursing school & first started working night shift, I discovered Bollywood films on Netflix.  One night when I was up late with nothing much to do, I just decided to watch one.  I honestly don’t remember which movie I watched first or why that particular one intrigued me enough to give it a try, but in any case I’ve been hooked on Bollywood ever since.  Here are five reasons why you should be too. 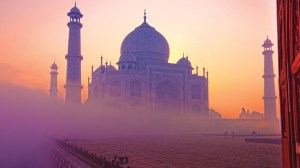 To get you started, I’m including a list of ten of my favorite Bollywood films, many of which can be found on instant on Netflix.

For today’s blog post I thought I would try something a bit different, a movie review. Perhaps if you get bored this weekend this will give you something to check out on Netflix.

As some of you may know I have long been fascinated with Indian culture (Indian as in India, just to be clear since Christopher Columbus has forever made that term ambiguous). In fact when I was a little girl I remember thinking I was surely going to marry an Indian guy or at the very least someone with brown skin from a culture that was not American. Which is pretty hilarious considering where I grew up & the number of Indian (or other Asian) people there (basically zero). In any case because of my fascination with Indian culture I watch lots of Bollywood or other Indian-inspired films on Netflix. Quite conveniently these are mostly of the instant streaming variety.

Last night I rewatched one of my favorite Indian-inspired films, Kissing Cousins. It’s actually an independent American film but the characters are mostly Indian (& thus gorgeous which is always a plus with these type of movies). The main character Amir is a thirty year-old bachelor whose friends are all starting to settle down & get married & thus begin bothering him about doing the same. His career is an odd one; he is a relationship terminator. In other words, people hire him to do their break-ups for them. I know, it’s an odd premise but the film is in LA so it’s not that unlikely that such a career actually exists out there. At Thanksgiving Amir decides to visit his family in Northern CA, something he rarely does, so they are surprised when he unexpectedly shows up. As it turns out his cousin Zara from England is visiting the U.S. & staying in his old room. Amir & Zara have hated each other ever since childhood when they were reenacting Prince Charles & Lady Diana’s wedding with their other cousins/siblings & Amir kissed Zara which then provoked her to bash him in the head with a shovel. Keep in mind this was twenty years ago. Well, after the Thanksgiving meal is over & Amir is ready to head back to LA, his parents suggest that Zara accompany him so she can see Southern CA. At first the cousins are reticent because of their antagonistic history but eventually they agree to forget the past & try to be friends as adults.

So Zara accompanies Amir back to LA & moves into his apartment, intending only to stay a few days. Naturally Amir introduces her to his friends & on a whim Zara, knowing Amir’s romantic situation (or lack thereof), introduces herself as his girlfriend instead of his cousin. Amir decides to go along with the ruse so his friends will stop annoying him about finding a girlfriend. Naturally this is where things begin to get complicated (I’m reminded of the old English adage “Oh what a tangled web we weave when first we practice to deceive”).

I won’t expound much more on the plot for fear of ruining the film for those of you who might actually care to watch this, but I will say it’s one of my favorite movies. The characters are interesting & it raises some perplexing questions about the nature of relationships between men & women. I know a lot of people will be grossed out just by the title Kissing Cousins & what that implies but I can assure you the point of this movie isn’t that cousins should hook up or get married. I guess what I really like about this movie is that it reinforces the idea that the best romantic relationships are grounded in friendship which is something our society still doesn’t totally grasp. (And also if you decide to get drunk, be careful who you do it with.) How many times have you heard girls say “Well, he’s cute & he’s my friend but we could never date.” I always want to slap someone when I hear this. Are these people even listening to themselves & how ridiculous they sound? I know it is possible to be friends with someone of the opposite sex & have absolutely no attraction to them whatsoever but honestly that is rare. Usually there is some sort of chemistry there . . . It’s just human nature, it’s ok, & it doesn’t mean anything HAS to happen between you especially if one or both of you aren’t single.  I often hear people say relationships are so complicated which is interesting because just the other day my husband said exactly the opposite to me. I thought about it for a minute & I agreed with him. Relationships really don’t have to be that complicated if they are grounded in friendship. Of course life is complicated & that can affect things.  In any case, this film is just an interesting look at relationships & the chemistry between people. And I for one love movies that make you stop & think a bit, that challenge your ideas of right/wrong. I highly recommend it if you’re looking for something a bit “off beat” to watch this weekend. Cheers!