Breaking Benjamin was one of the first rock bands I got into when I was a freshman in college & started my adventure into the netherworld of rock & roll.  With clean vocals, melodic guitars, & memorable lyrics, the band was a perfect fit for me, & songs like “So Cold” & “The Diary of Jane” became instant favorites of mine.  Two years later when Dear Agony was released, the singles “I Will Not Bow” & “Give Me a Sign” again became instant favorites for me & many other fans.  However, in the ensuing years the band became locked in turmoil & went into what appeared to be an indefinite hiatus.  Along with many other fans, I was saddened to think the world had probably heard the last of BB. 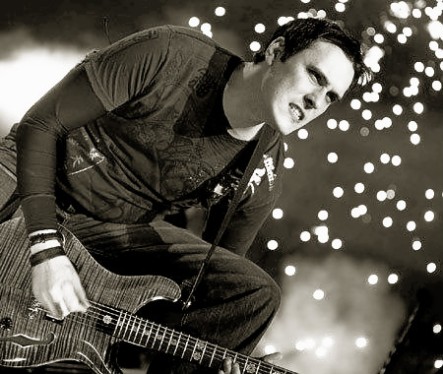 Thankfully I was wrong in my assumption that the band would never exist again . . . In 2014 lead singer Benjamin Burnley announced that he had reformed the band with an entirely new lineup, aside of course from himself at the helm.  When “Failure,” was released, it became immediately apparent that despite the lineup changes Burnley & his band still had plenty of magic left in them.  Indeed, it is a testament to Burnley’s songwriting abilities that he was able to retain the signature sound of his band despite having an entirely new lineup supporting him.  “Failure” quickly became a #1 hit on rock radio & fans like me were chomping at the bit to hear the rest of the new album. 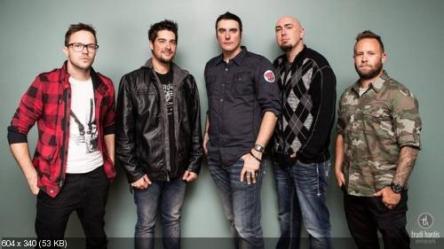 I saw Breaking Benjamin live for the first time at Carolina Rebellion in Charlotte this May.  They were definitely on my list of “must see” bands, but to be honest I wasn’t sure what to expect even though I knew “Failure” was a great song.  I just didn’t know if the old magic would still translate with the new lineup.  As it turned out, I, along with my husband & a good friend who was there with us, got caught in a massive crowd surge during the BB show, leading me to near panic levels of anxiety.  Thankfully my husband & friend were able to keep me relatively calm despite the crowd around us.  I also can’t help but believe that the music itself helped to break my anxiety.  If you’re like me & hate crowds, may I just say that a Breaking Benjamin concert is definitely the place to get caught in one if it has to happen?  There is plenty of anger & sadness in Burnley’s lyrics at times, yet there is something infinitely soothing about his music.  As the band performed their new hit along with about a dozen of the older songs, it became very apparent to me that the band is back & better than ever.  And thus began the even more anxious awaiting of the new album release the next month.  And the quest to ensure that I would see the band live again soon! 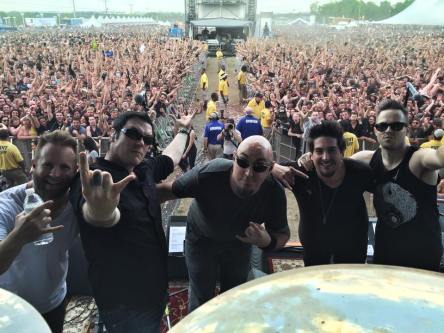 As it turns out, I clearly wasn’t the only fan eagerly anticipating the Dark Before Dawn release.  Despite the six year hiatus, the new lineup, & the fact that “rock is dead” these days, the album sold 141,000 copies in its first week & thus topped the Billboard chart, becoming the band’s first #1 album ever.  So there, Gene Simmons!  Just more proof that rock isn’t dead after all! With additional obvious radio hits like “Angels Fall” & “Defeated,” the album retains the band’s signature sound but with even more power, largely due to the addition of backing vocals from one of the new guitarists & the new bassist.  Burnley has stated in quite a few interviews that having bandmates who can do backing vocals, both on the album & live in concerts, has added a whole new layer to the band.  He is absolutely correct in this statement, as has can be clearly heard throughout the entire album.  Aside from “Failure,” “Angels Fall,” & “Defeated,” some of my favorites include heavier pieces like “Breaking the Silence” & “Bury Me Alive,” as well as the beautiful ballad “Ashes of Eden.” 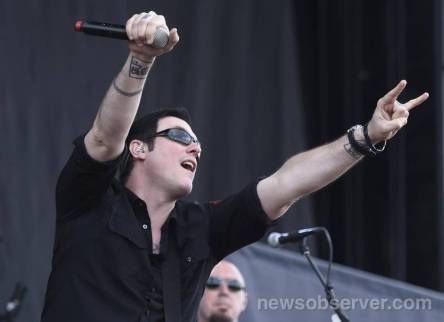 Naturally when I saw a few weeks ago that Breaking Benjamin is coming to The Ritz in Raleigh next month (Friday, August 21), I was determined to make it to the show.  Now I’m even more excited for the concert because one of my college friends whom I haven’t seen since we graduated four years ago is coming down to Raleigh to go to the show with us.  Seeing one of my favorite bands + being reunited with an old friend = AWESOME!  🙂 If you’re in the Raleigh/Durham area or anywhere within a reasonable driving distance, I highly recommend you set aside the time & money to attend this concert.  It will be well worth it.  You can get tickets here.  Also do yourself a favor & be sure to pick up a copy of the Dark Before Dawn album.  I’ll stop now & let the music do the talking for me.  Check out the links below to some of my favorites from the album. Breaking Benjamin’s “Failure” “Angel’s Fall” “Breaking the Silence” “Ashes of Eden” “Defeated”