It’s been a while since I’ve blogged, much less about anything other than music, but today I feel compelled to write about my anxiety triggers.  It’s a subject I’ve considered writing about many times before, but I wasn’t sure at first how useful it would be to anyone else.  I knew it would be therapeutic for me but I always like to write things that have the potential to benefit others as well.  However, the more I thought about it the more I realized that there are many other people out there who struggle with anxiety & some of them may not yet have the insight to realize what their own anxiety triggers are.  It’s possible that if such a person came across this post they might be inspired to try to figure out some of their own anxiety triggers which of course is one of the first steps in learning how to better manage the “anxiety monster.”

Identifying my own anxiety triggers is certainly one of the most useful things I’ve obtained from working with my therapist about once a month.  And just to be clear it’s not like we ever sat down & tried to make a list or anything like that.  We just slowly gleaned things over time from the natural course of my conversations with her.  So there’s my plug for finding a good therapist!  Trust me, it really can make a huge positive difference in your life.  My personal opinion is that everyone should see a therapist at least a few times a year, regardless of whether you have a diagnosable mental illness or not.  I just think it’s something we can all benefit from so immensely. 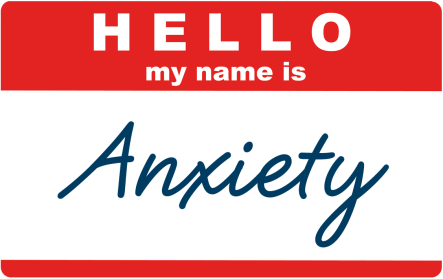 Anyway, without further ado, here are some of my biggest anxiety triggers along with some ways I’ve learned to avoid or work around them:

I’m sure I could think of a few more anxiety triggers but these are the biggest ones I face on a daily basis.  As I’ve explained, over the years I’ve found ways to avoid or work around them as much as possible.  If you’re reading this & you too struggle with anxiety, I hope this list has helped you to identify some of your own anxiety triggers because that is a HUGE first step in learning to tame the anxiety monster.  It may never go away forever, but it CAN get better, I promise.